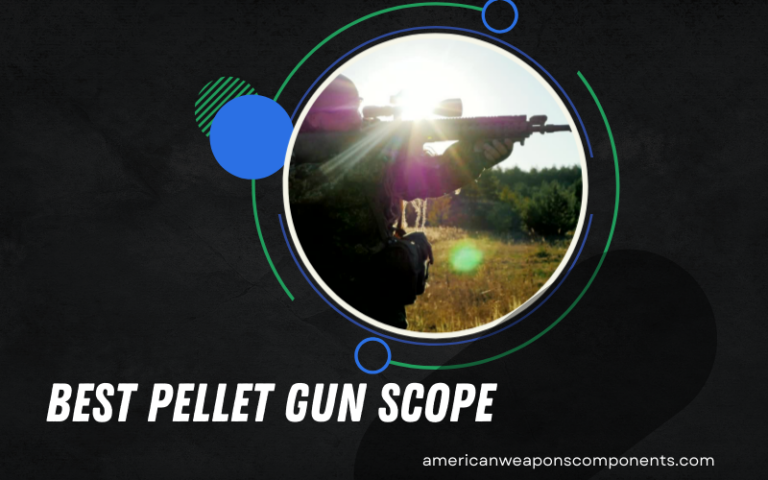 So you know the ol’ saying “you get what you pay for?”

Well you can basically throw that out the window with scopes for air rifles.

I have to be honest – most guys use iron sights with their pellet guns.

The velocity is such that the pellet doesn’t travel far enough to require a scope.

With that being said, when you are looking for the best air rifle scopes, you don’t really need to buy anything expensive.

As a matter of fact, go ahead and look for a budget rifle scope, or a scope under $100, and it’ll work just fine for your air rifle or pellet gun.​

We’ve narrowed the list down to the top 3 best scopes for air rifle or pellet gun. Keep reading to see the air rifle scope reviews.

Like I said above, you can’t go wrong getting ANY scope for your air rifle for under $100. But in case you want some options, we found the following three rifle scopes to be the best air rifle scopes on the market.

Pellet guns are a classic gun around the world. They are sometimes referred to as air guns or air rifles, and they remain one of the most popular rifles in the United States. Why?

Well not only are they extremely fun, but air rifles are cheap and they can be be used for varmint hunting, target shooting, or plinking!

Pellet gun scopes are also relatively inexpensive when compared to a good rifle scope for a 30-06 or an AR red dot.

If you are like me you probably own a few pellet guns, in addition to the standard .22 lr, 17hmr, 308, .223 etc and the list goes on! A pellet gun is a must have for anyone that is just starting to shoot or hunt.

With all being said, I have a few pellet guns that I have purchased inexpensive scopes for. It is fun as it increases accuracy and it looks cool!

Best Rifle Scope under $100 is a great list of scopes that would be suitable for your air rifle, however I thought I would provide some additional choices.

How much should you spend on an air rifle scope or pellet gun?

You shouldn’t spend more than $100 on the best scope for an air rifle / pellet gun. Honestly, the sweet spot is closer to $50.

And if you’re looking for the best air rifle scope for hunting varmint, you can find a good scope around the $50 price range to meet your needs.

Even if you look for a cheap air rifle scope under $50, it’ll be just fine because air rifles / pellet guns don’t have a lot of recoil and you likely won’t lose your zero, even when buying a cheap scope.

This is a very popular fixed magnification (4x) option and extremely affordable for your air rifle. It is compact at just under 8” features a 1” tube with a 32mm objective lens and comes with decent quality mounting rings.

Some guys even mount this on their .22 LR however I flat out avoid anything under $50 for a .22 as it may not hold zero with the limited recoil.

The CVLIFE Tactical optic is a variable magnification scope with a 40mm objective lens. It is a little longer at 12” however it is a solid option for most pellet guns (and even ARs). Note that it is currently being offered with scope rings however I have heard some complaints that they don’t fit on standard air rifle rails however it worked fine on mine.

The CVLIFE optic is definitely a step up from the Aim Sports listed above as it offers magnification and provides a clearer image.

For only $5 more, there is not much comparison unless you are looking for a fixed magnification scope at 8” long.

Winchester makes a great air rifle scope for the money which features 2-7x variable magnification with a 32mm objective lens. It features a shock proof construction along with being fogproof and comes with 1” mounting rings.

My son has one of these and can hit beer cans at 25-50 yards with ease!

Pellet guns or air rifles are an awful lot of fun and can be purchased for very cheap! They are a great way to get you son or daughter into the sport before getting them a rimfire and also great for target practice and varmint hunting.

Some shooters will say that they prefer to use iron sights on their pellet guns. I agree, somewhat, but I also think it is a lot more fun when you add a good rifle scope to it. If you can get one for under $50, why not!

If you are looking for the best scope for a pellet gun, my recommendation is the Winchester 2-7x32mm as it is extremely affordable and offers variable magnification and comes with decent quality mounting rings.

Good luck finding the best air rifle / pellet gun scope in 2022! Hopefully we have helped narrow down your search.