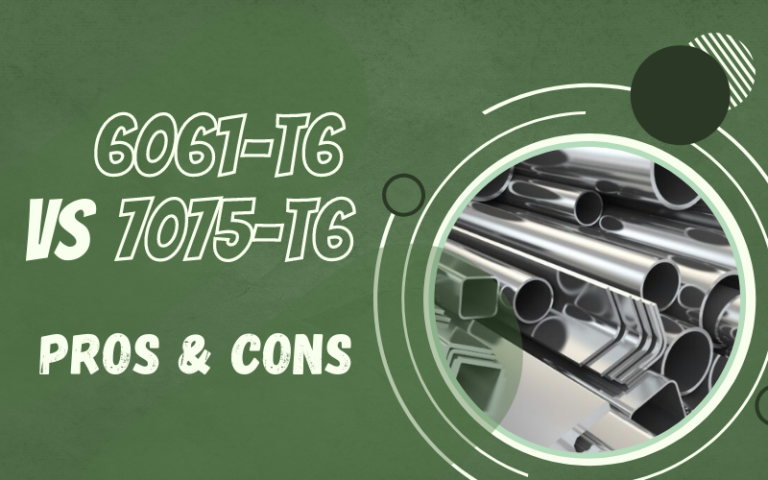 Those of us who build our own AR’s invariably come across the debate: should I use upper and lower receivers made from 6061-T6 or 7075-T6 aluminum?

Not so fast. While 7075-T6 has much to recommend it—including the U.S. Military’s stamp of approval—both aluminum alloys have their plusses and minuses. As with most products, from cars to electronics to the energy drinks at the super market, consumers have to weigh many sides when it comes to the 6061 v. 7075 issue, and decide what they can live with–and without.

An Alloy By Any Other Name

6061-T6 is made of aluminum, magnesium and silicon, plus small amounts of iron, copper, manganese, magnesium, chromium, zinc and titanium. Most aluminum alloys are difficult to weld, but thanks to this particular alloy mix, 6061-T6 is relatively easy to weld. It is also fairly malleable, and can be worked into many configurations, while still maintaining a very rigid strength.

As it is so malleable and workable, 6061-T6 is used to build a wide variety of things, from airplane parts to bicycle frames and automotive parts, and even to aluminum cans.

That alloy mix makes 7075-T6 as hard as many steels, but in a lighter-weight aluminum. Given its strength-to-weight ratio, no surprise that 7075-T6 is used extensively in aircraft and boat construction.

But will your AR even come close to experiencing the various psi’s listed above? It’s highly unlikely, though possible.

At the same time, 6061-T6 has better corrosion resistance and workability than 7075-T6, is better for welding (as mentioned), and still provides medium to high strength.

Of the two, 7075-T6 is also the more expensive. Do a quick survey of new AR upper and lower receivers on the Internet, and you will find that the 7075-T6 offerings can be up to twice as expensive as the 6061-T6 products.

David Beaty owns and operates Sun Devil Manufacturing in Mesa, Arizona. Sun Devil makes billeted AR uppers and lowers, and has since 2003. Before this, Beaty spent a couple decades working on AR’s for other manufacturers, as well as building his own AR’s.

Beaty and Sun Devil make AR parts from both 6061-T6 and 7075-T6, and Beaty is quick to point out that both alloys can and do produce top-quality uppers and lowers. Given the choice, though, Beaty prefers 6061-T6.

First, he notes, since it is more workable and malleable than 7075-T6, 6061-T6 creates less wear on his tooling and machinery. 6061-T6 bar stock is much more readily available in a wider variety of sizes, and is less expensive.

In a situation where an AR has a major malfunction—the kind caused by a plugged barrel, for example, or an over-loaded round–Beaty feels 6061-T6 also provides greater safety for the shooter.

“I’ve seen a number of AR uppers that have blown up, in both 6061 and 7075,” says Beaty. “In most cases, the explosion is contained within the upper. But I’ve also seen it where 7075 uppers have fragmented and blown apart like hand grenades. Yes, the 7075 is a lot stronger–but it’s also much more brittle.”

Beaty continues, “The 6061 uppers expand, maybe even crack, but they hold together because they are a little softer than the 7075.”

Of course, most shooters will never experience such a catastrophic failure with their AR. Thankfully!

Still, one has to ask: is the superior strength from 7075-T6 parts worth the greater cost? The U.S. Military has said, Yes. But tens of thousands of AR owners with 6061-T6 uppers and lowers are doing just fine.