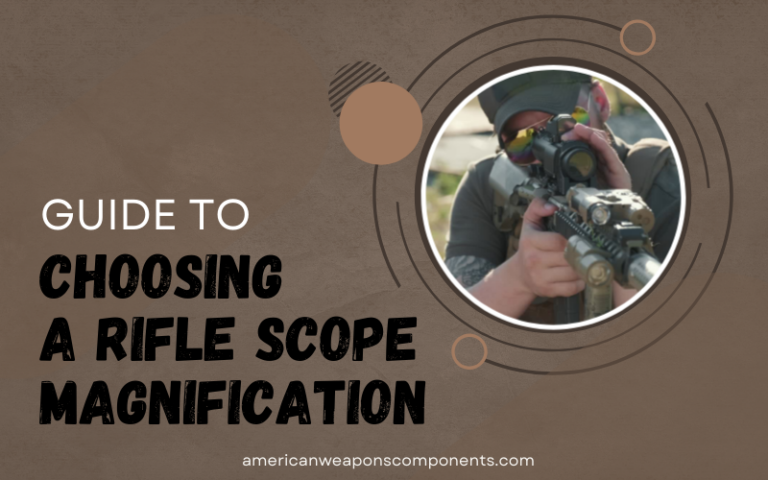 Rifle scopes come in all sorts of magnification ranges, everything from fixed magnification, up to 25x or more. Just because a scope offers 25x magnification, is it right for you? Probably not. Most hunters and target shooters don’t actually require that high of range and it will actually detract from the other qualities of your scope. I have to admit that most of my hunting rifle scopes are variable magnification, but that is not to say that a good fixed magnification hunting scope is wrong. In fact, for some shooters and hunters I would recommend a fixed power scope.

Now, before jumping to the conclusion that you need the highest magnification, you need to consider the following things:

If you are buying a scope under $100, a guideline would be not to buy anything greater than 9x to 12x. Sure, there are some brands that may be able to offer a quality scope under $100 with a 24x magnification, but they are rare. If you are serious about buying a quality rifle scope and you are a confident shooter, then a fixed 4x scope may be what you area looking for. Your wallet will go a lot further if you are buying a fixed power versus a variable magnification rifle scope.

With that said, if you are buying a scope under $500 then you should expect a higher quality magnification range. In fact, the Vortex Viper is one of the best scopes in that price range and comes with a 20x magnification that offers a clear image along the entire range.

Are you purchasing a scope for hunting or long range sport shooting? Quite often hunters feel that they need extreme magnification to make kill shots. My experience has been the opposite – I do just fine with a 9x Leupold at 300-400 yards. If you are hunting at ranges further than that you may be missing a lot more than you should be.

For first time scope buyers, I often hear that they need to have a magnification of 18x or more. In fact, most of your kill shots will likely be within a 100 yards or so and for that reason, a fixed magnification scope may be just fine. After all, if you strip away all the magnification from a scope, you tend to get a lot more value for your money by choosing a fixed power scope.

However if you are purchasing a tactical or sport optic for the purpose of long range shooting up to 1000 yards and have the budget, then yes, you will need a higher powered scope with lots of magnification. I can’t say that I’ve made a lot of long shots with my 4x fixed power scope, however I do just fine within 200 yards.

In my opinion, I would suggest that one of the most common scope magnification is 3-9x or 4-12x and either one of these will typically be plenty zoom for most hunters and shooters.