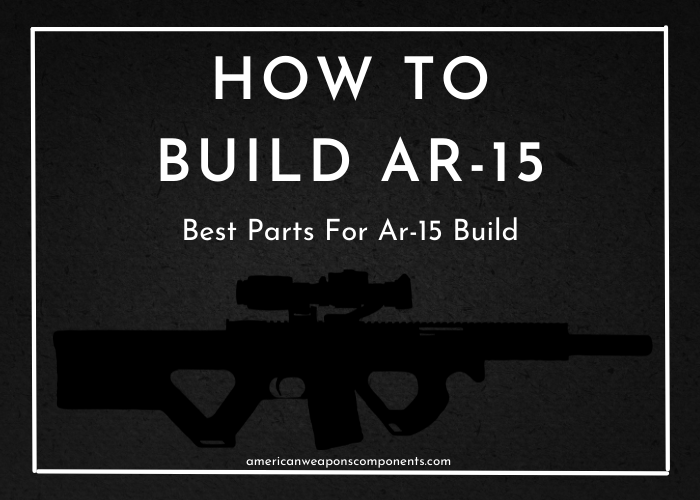 We’ve seen a lot of interest from people who want to know how to build an Ar-15 and what the best parts for an AR-15 build are.

So we created a complete list of everything you need to build an AR-15 rifle! Our recommendations are based on what experts have used in the past on their own AR-15 builds.

After saying that, there are so many different ways to build an Ar-15 and there are also really good AR-15 build kits that you can buy. In the end, do your research and figure out what you want based on your budget.

And each Ar-15 build is going to be different, depending on your reasons for building a rifle. Hopefully, this guide will narrow this down for you and lead you in the right direction!

Does building your own AR-15 have its benefits? 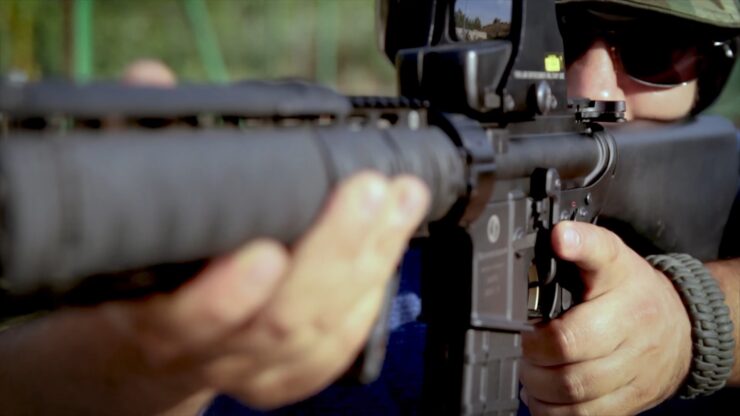 Yes, there are lots of benefits to building your own AR-15 over buying a completed factory AR-15. Some benefits include:

How long will it take?

Once you have all of the parts and some step-by-step instructions, you could build your AR-15 in just 3 hours.

We highly recommend that you find some quality step-by-step instructions. Follow some people on YouTube, or get some instructions from a manufacturer. There is tons of information out there about how to build an AR-15.

The only problem is that you’ll spend lots of time trying to figure out what is good or bad practice, especially if you’re new at building a custom AR-15.

Sure, you can find free info, but it will take some time to figure out who is telling you how to build the AR-15 correctly or not.

Our Recommendation To Build Your AR-15 Correctly

Our recommendation is to buy this instructional DVD.

It spends a lot of time teaching How and Why to Build an AR-15 correctly.

It’s a very well-made video and you’ll have your AR-15 built within 3 hours.

If you are a visual person and would like to see what all of the different parts would look like when assembled together, you can design it.

With the design-builder you can: 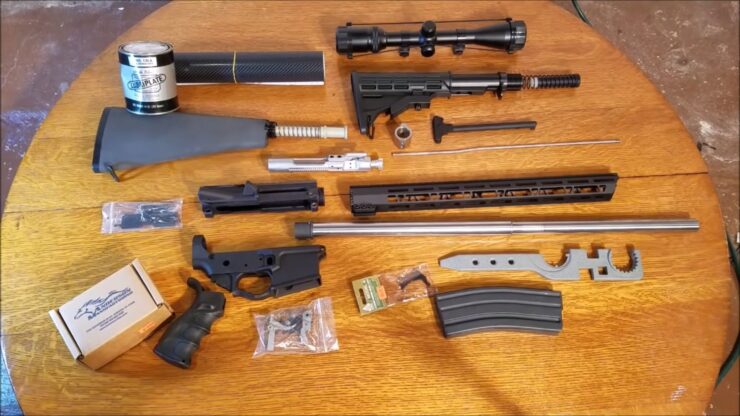 There are so many places where you can go to buy your own Ar-15 parts.

We choose Brownells.com. They have access to all of the best parts for an AR-15 build.

They also have over 90,000 other gun parts, tools, and supplies so it’s easy to find exactly what we need and all in one place.

The stripped lower receiver is the lower receiver with a serial number on it completed by the manufacturer. It’s basically what makes your AR-15 a gun and legal.

The AR-15 stripped lower receivers must ship to a Federal Firearms License (FFL) dealer and you have to pass a background check before you can actually have it.

An 80% lower receiver is approximately 80% finished in the overall milling process.

80% lower receivers do not require a copy of a FFL to purchase, but do require the purchaser to “drill and mill” the lower in order to install the trigger control group. 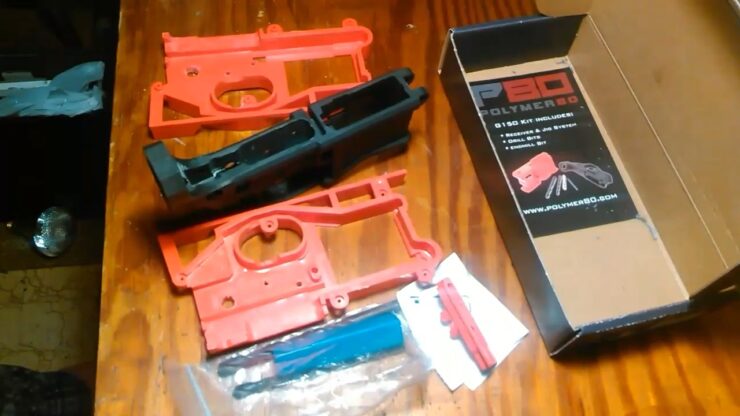 In order to assemble the AR-15 lower receiver, you’re going to need all of the parts to assemble it. 31 parts to be exact.

These parts include the trigger, bolt catch, springs, pivot and takedown down pins, selector switch and hammer.

The most convenient way to get all of these parts is by purchasing an AR-15 lower parts kit.

Most of these kits have all 31 parts necessary, and also include a pistol grip and trigger.

Some of the parts in the kit you may want to get rid and purchase higher quality parts, like the pistol grip and the trigger.

Upgrading to a more comfortable pistol grip for your AR-15 can make you more of an accurate shooter.

Pistol grips are meant to aid the shooter to steady the rifle for more control.

A basic pistol grip is included in the best lower parts kits, but we recommend upgrading to something comfortable and made a little better.

The fire control group (basically the trigger) is the part on an AR-15 responsible for the motion of the trigger.

It stops the trigger pull if the safety is on and aids in the eventual release of the hammer or striker.

The fire control group consists of: 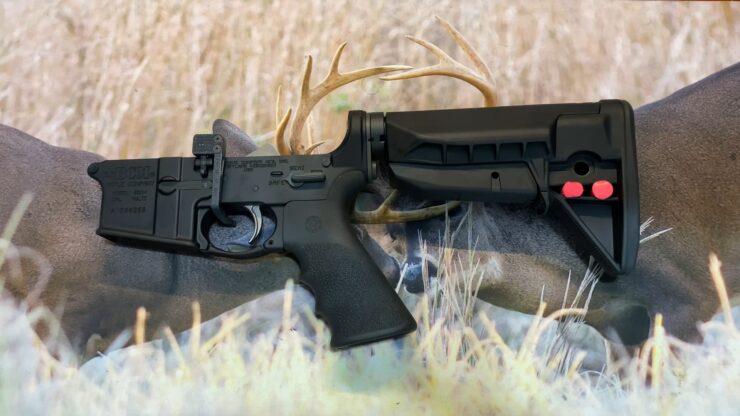 The selector is the safety switch on the Ar-15.

It’s also included in the best AR-15 lower parts kits, but in case you want a different selector, like one that is ambidextrous or left-handed, you have to get it separately.

When the Ar-15 magazine is empty, the bolt catch is meant to stop the bolt from traveling forward.

​These are also normally included in lower parts kits. But if you want a different style, consider buying it separately.

This part is exactly as it sounds. It’s meant to release the magazine from the AR-15

The magazine release can also be found in an AR-15 lower parts kit.

​If you want to get a better AR-15 magazine release, consider buying one separately. 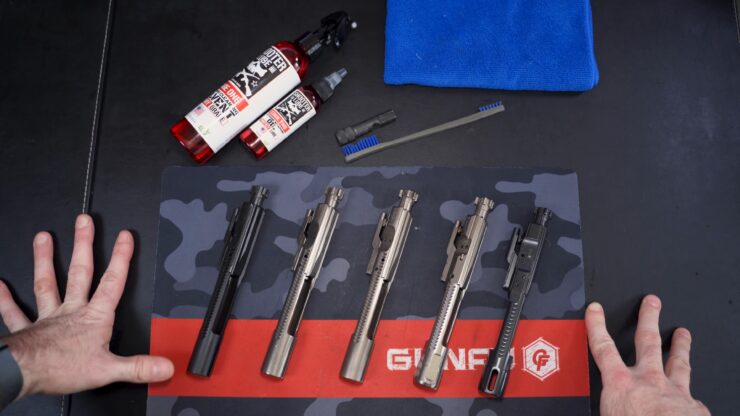 The bolt carrier group is what holes the bolt and moves the bolt. It resets the hammer as well.

When the AR-15 is fired, the bolt carrier group holds most of the gas pressure. Without this, your AR-15 wouldn’t function.

The bolt carrier group is usually an overlooked piece, but an essential part to your AR-15 build.

They come in two different sizes:

They also come in four different weights from the lightest to the heaviest.

For a collapsible or adjustable stock, get a carbine buffer.

If you are building the AR in 9mm, buy a specific 9mm buffer assembly.

The buffer tube holds the buffer.

Buffer tubes come​ in three sizes and you need to choose the right tube for your stock: 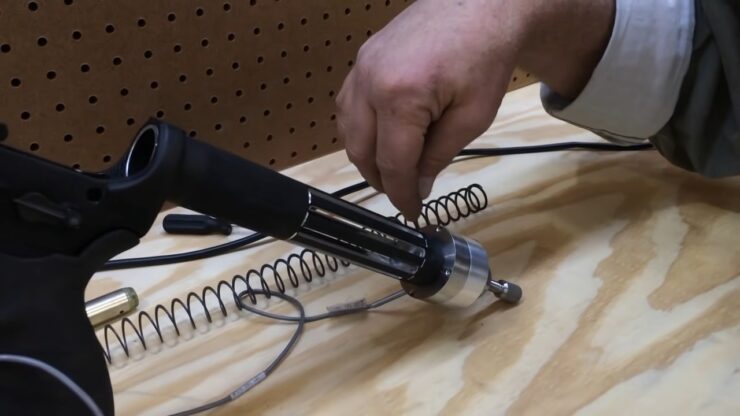 The buffer spring is what brings the bolt of the rifle forward. Buffer springs allow your rifle to fire follow-up shots.

One of the biggest differences in a cheap AR-15 vs a high0end AR-15 is the quality of its barrel.​

There are so many different types of barrels to choose from all dependent on a user’s preference.

Most AR-15 barrels fall into one of two categories:

The type of barrel you get will have an effect on your AR-15 performance.

The barrel nut is what holds the barrel to the receiver.

The gas block directs the gases from the barrel to the gas tube and then back into the AR-15’s receiver.

This allows it to complete the cycling process so another round will fire.

The upper receiver consists of:

There are a few different ways to get your upper receiver.

One way is that you can purchase a complete upper receiver assembly that includes the barrel.

Or you can even buy an upper receiver that has no barrel, but includes the ejection port cover and forward assists.

Or you can buy a stripped upper receiver that is just the metal housing for all the parts. 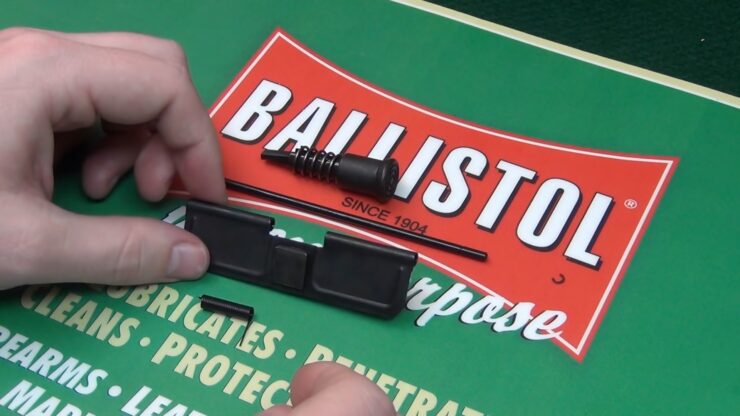 The charging handle moves the bolt carrier that is inside the upper receiver.

What the charge handles does is it pulls the bolt carrier back. It also can aid in clearing a malfunction.

The gases are directed from the gas block to the bolt carrier via the gas tube.

There are a couple of different stock styles that you can buy:

Depending on where you live, an adjustable or collapsible stock is illegal.

The AR-15 stock goes on the back of the rifle, allowing you to shoulder it. 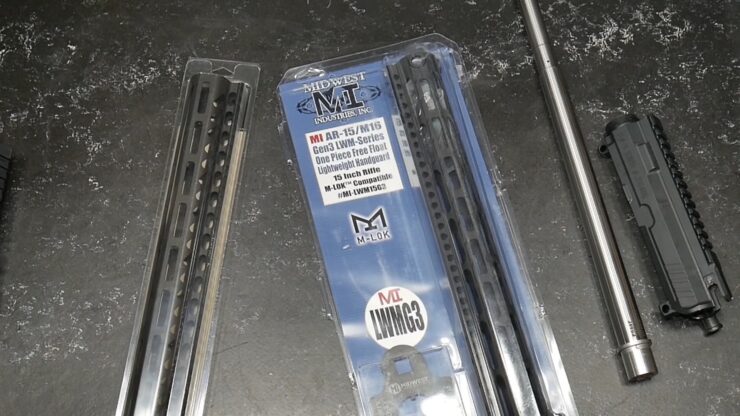 The handguards go around the barrel of the AR-15.

Handguards are also referred to as the forend, foregrip or forearm.

The purpose is that they are meant to protect your hands from burning on a hot barrel.

When picking out the parts for your rifle, the gas tube will also come in rifle, mid-length, carbine or pistol lengths.

Make sure you buy the same size handguard as the gas tube.

There are free float and standard handguards.

Handguards serve a valid function, however, many people buy them purely on their aesthetic value

If you choose to get a free float handguard, you will not need a delta ring assembly.

Its fixed carry handle with integrated iron sights characterizes the A2 upper receiver.

The A3 flat top upper has no carry handle, but does have a Picatinny rail installed.

The A3 flat top upper allows you to add sights and optics, while the A2 (carry handle upper) does not.

The handguard cap secures the front of standard handguards. You don’t need one for free-float handguards. 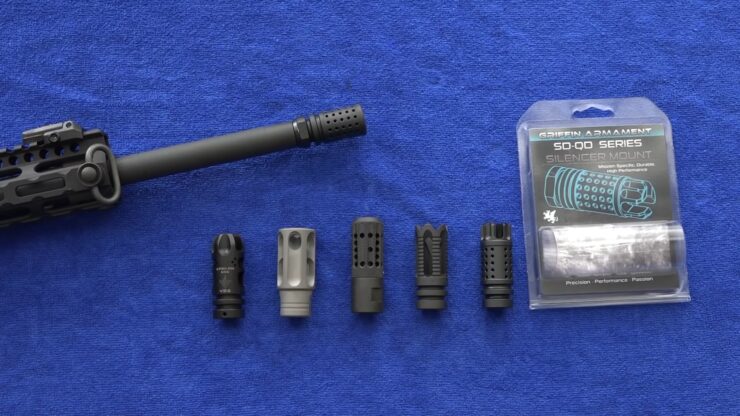 There are two types of muzzle devices:

The flash hider suppresses the visible flash from the barrel when the rifle is fired.

Some states restrict flash suppressors, but may allow muzzle brakes.

There are a lot of different types of AR-15 optics that you can get for you AR-15. Styles include:

There’s a lot of other things you can get for your AR-15. Some of these ‘extras’ include things like:

You can visit any gun store or online gun website like Brownells to see what they have to offer with any AR-15 extras.

Building an AR-15 can seem overwhelming at first. But​ knowing the right parts to get and a good guide to help you through the build process can make it much easier!

Hopefully, our recommendations will help you to fin