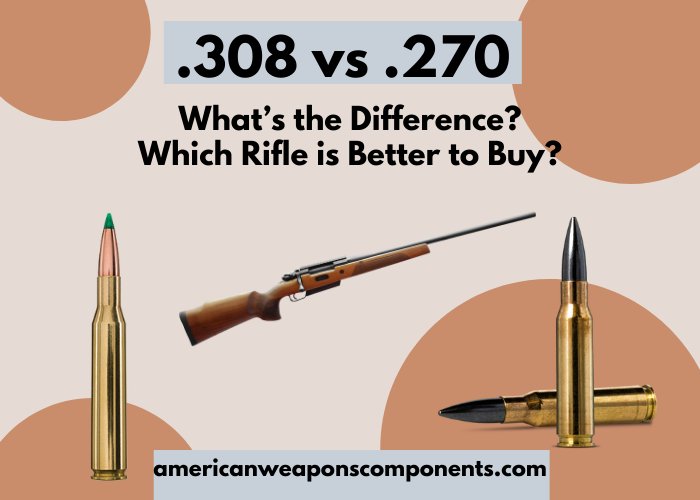 There are so many different calibers to choose from when it comes to a longer range rifle round. Two of the most highly debated between are the .308 Winchester round and the .270 Winchester. Let’s get down to it; the .308 vs .270. 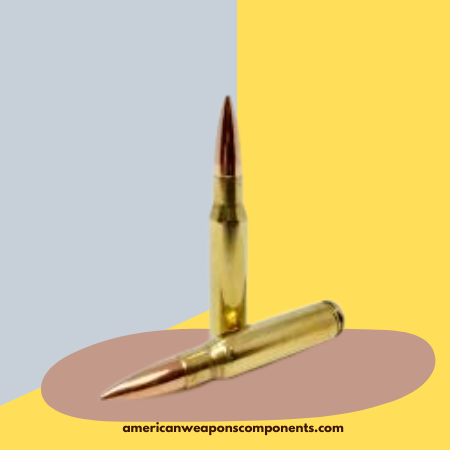 It is a well known cartridge, capable of travelling long distances with lots of energy to knock down your intended target. It is great for hunting big game such as moose and elk, although while talking about the .308 vs .270, the .270 is a formidable opponent.

The .308 was originally introduced in 1952, and has arguably become one of the most popular rounds for hunting and long range shooting. It saw use in the military from the early 1950’s (mostly in the 7.62x51mm variation, which has small differences from the .308 Winchester) until the United States started the move over to the 5.56×45 NATO cartridge when they moved from the M14 to the M16 around the Vietnam era.

The .308 was still used quite frequently in the military even after this time, mostly as a longer range round.

The .308 has quite the popularity in bolt-action rifles, as well as semi-automatic platforms, and even some lever action rifles. Each of these platforms allow the .308 to be used in a variety of different ways and for different purposes. 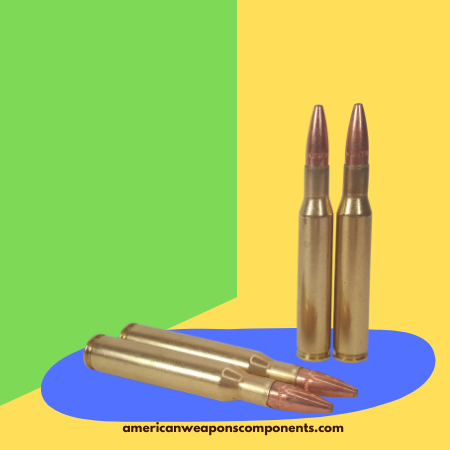 The .270 Winchester commonly has weights from 130 to 160 grains, depending on what your intended use is. The .270 was also commercially produced by Winchester, hence these two rounds being fairly similar but with some good differences as well.

The .270 bullet is about 10% as big as the .308 Winchester with the same size casing that has been necked down to fit a .277 diameter bullet, but has been known to take down animals ranging from things smaller than Coyotes to animals like elk and moose. 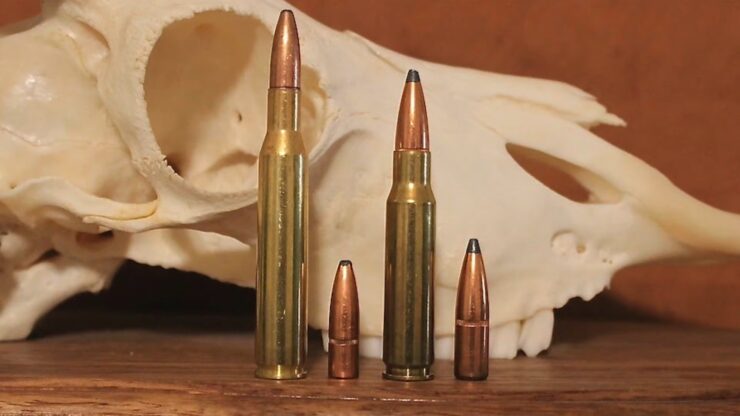 Something important to know when comparing the .270 vs .308 is that the .308 has seen a lot of military service, while the .270 is primarily a hunting round. I think this is where we begin to make our biggest distinctions between the rounds.

When choosing a rifle and trying to decide between these two chamberings, your purpose will be one thing that determines what you may want to choose.

The .308, as mentioned above, has some awesome man-stopping ability that has been proven through service in multiple wars, especially when using the best 308 scope. Choosing the .308 cartridge in say, a semi-automatic AR-10 type platform, would be an excellent choice for self defense and would do well in this type of role. If you are looking for a semi-automatic weapon, the .308 would probably be your best choice.

But if you are looking for a hunting rifle or something that you can go shoot at targets at long range, both of these rounds would be excellent choices.

Let’s break down the differences in speed of travel and force of impact with the .270 vs .308.

As you can see, these cartridges are fairly similar. Generally, the .270 is travelling at a faster speed, being a smaller projectile, and also has a bit more energy in foot pounds down range. These may be things that help you choose.

The .270 generally shoots flatter than the .308, which means that the bullet will drop less during its travel to the target. The .270 also has a bit less recoil. These may be benefits to you for the .270, but don’t let them be the end all decision for you. Remember that generally the .308 is going to hit a bit harder because of the size of the bullet.

Final Thoughts – Which Should You Choose? 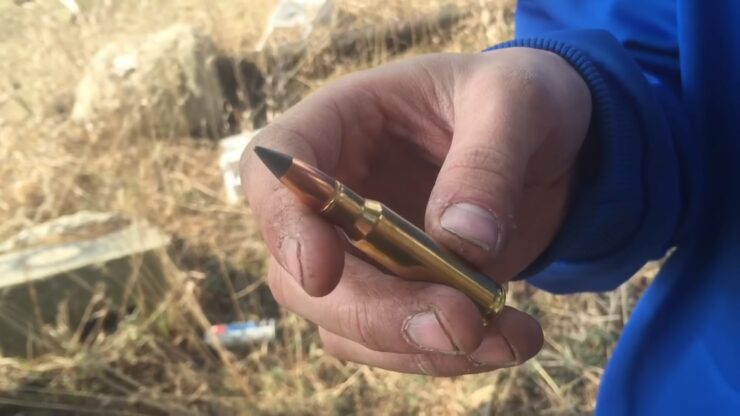 As we have discussed throughout this article, the choice really comes down to you and your purpose that you have in mind as you choose between these two different rounds. Both have historically been phenomenal hunting rounds, bringing down both small and big game. Both have good success at longer distances as well.

Remember to keep in mind what kind of platform you would like to be shooting on, as your purpose will greatly affect this. If you are looking to shoot a decent sized bullet at some pretty good distances, either of these choices might be the right one for you.

There are a lot of factors to consider when buying your rifle, and we hope that this article has helped you to determine which round you want when it comes down to considering the .308 vs .270.