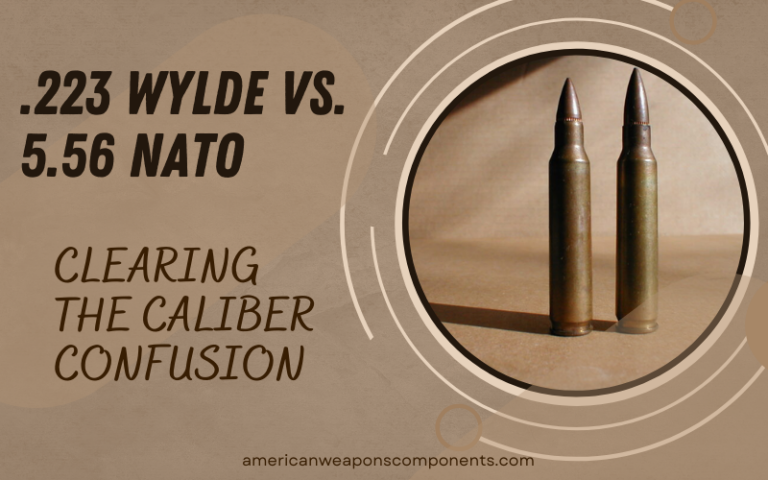 Though they share identical case dimensions, the .223 Remington and 5.56 NATO are slightly different—and the .223 Wylde makes the most of both of these loads.

The 5.56×45 NATO broke cover in 1957 as a military cartridge, and since that time it has served in multiple campaigns and conflicts around the globe. The 5.56×45 offered a lot—it was a flat-shooting, fast cartridge with minimal recoil and minimal weight (read: you can carry a lot of them).

So great was the 5.56 that it soon followed in civilian garb as the .223 Remington, a cartridge that has remained viable and popular since its release date.

There are some that will tell you that a .223 and a 5.56 are the same cartridge. Well, in terms of case dimension, that is true. So, how do they differ? 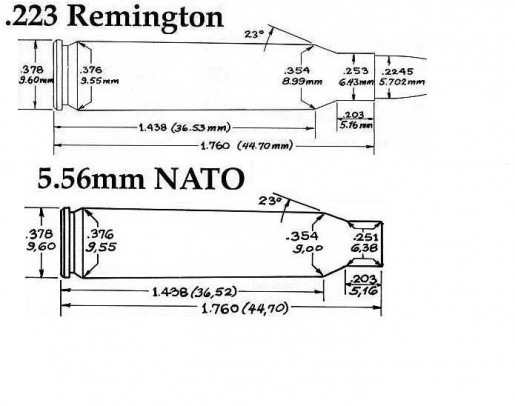 The short answer is that they differ with regard to pressure and chamber dimensions. Pressures in the 5.56 cartridge are higher than the .223, and as a result, the chamber of the 5.56 is different as well. There’s more throat length in a 5.56 arrel—about .077 inches—and the angle of the throat is different to accommodate increased pressures.

It is, therefore, alright to fire a .223 cartridge in a 5.56 chamber, but going the other way can cause pressure problems. Simply put, the .223 doesn’t perform as well in 5.56 chambers as it could. If you have two cartridges that are so similar in external case dimensions why not have one chamber that makes the best of both loads?

Enter Bill Wylde. Bill had the idea to create a chamber that would serve the 5.56 and the .223 Remington equally well. The .223 Wylde has the same chamber angling as the standard 5.56 chamber, so there’s no problem with pressures, and it also has a .2240 freebore diameter.

The result? You have a chamber that is sufficient to handle the hotter 5.56 load without concerns about pressure and you get the gilt-edge accuracy that’s common in many quality .223 rifles. 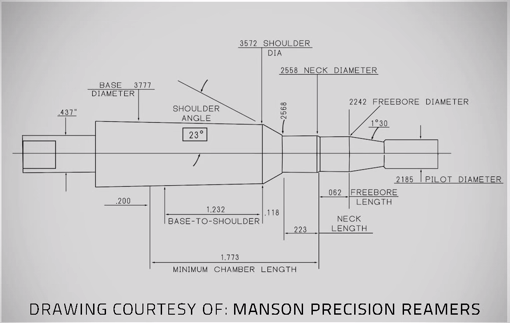 Is there a compelling reason to switch to a Wylde chamber? Well, the most obvious reason is that you can fire .223 ammo without giving up accuracy and 5.56 ammo without worrying about excess pressure. Sure, you can fire .223 ammo all day from a 5.56 without worrying about pressure problems thanks to generous chamber size, but if you really want to tighten those groups that .2240 freebore diameter helps.

In fact, .223 Wylde chambers are known for extreme accuracy, which is better on the whole than what you can expect from a standard 5.56×45 chamber.

Better accuracy, more versatility with ammo—so what’s the downside? Well, right now that can be cost and availability. The gains that the .223 Wylde provides haven’t prompted a whole bunch of companies to swap to that chamber, but there are certainly .223 Wylde-chambered target rifles out there.

Do you need a Wylde? No, but it will help your long game and will make your AR 15 rifle build even more versatile than it is now.